World War Swamp is the followup to last year’s offering, Salty Gator, and much like its predecessor, it slaps enormously. The milestone record was produced by Savilion and was recorded at an isolated cabin in northern Ontario, where the murky trio used their collective sense of impending doom, to guide the project’s direction.
World War Swamp is the culmination of a decade’s worth of Swamp Thing. The record features turntablilist DJ iRATE, along with an all star lineup of guest collaborators, including Bazooka Joe, Ghettosocks, More Or Les, Psybo, and Wordburglar. 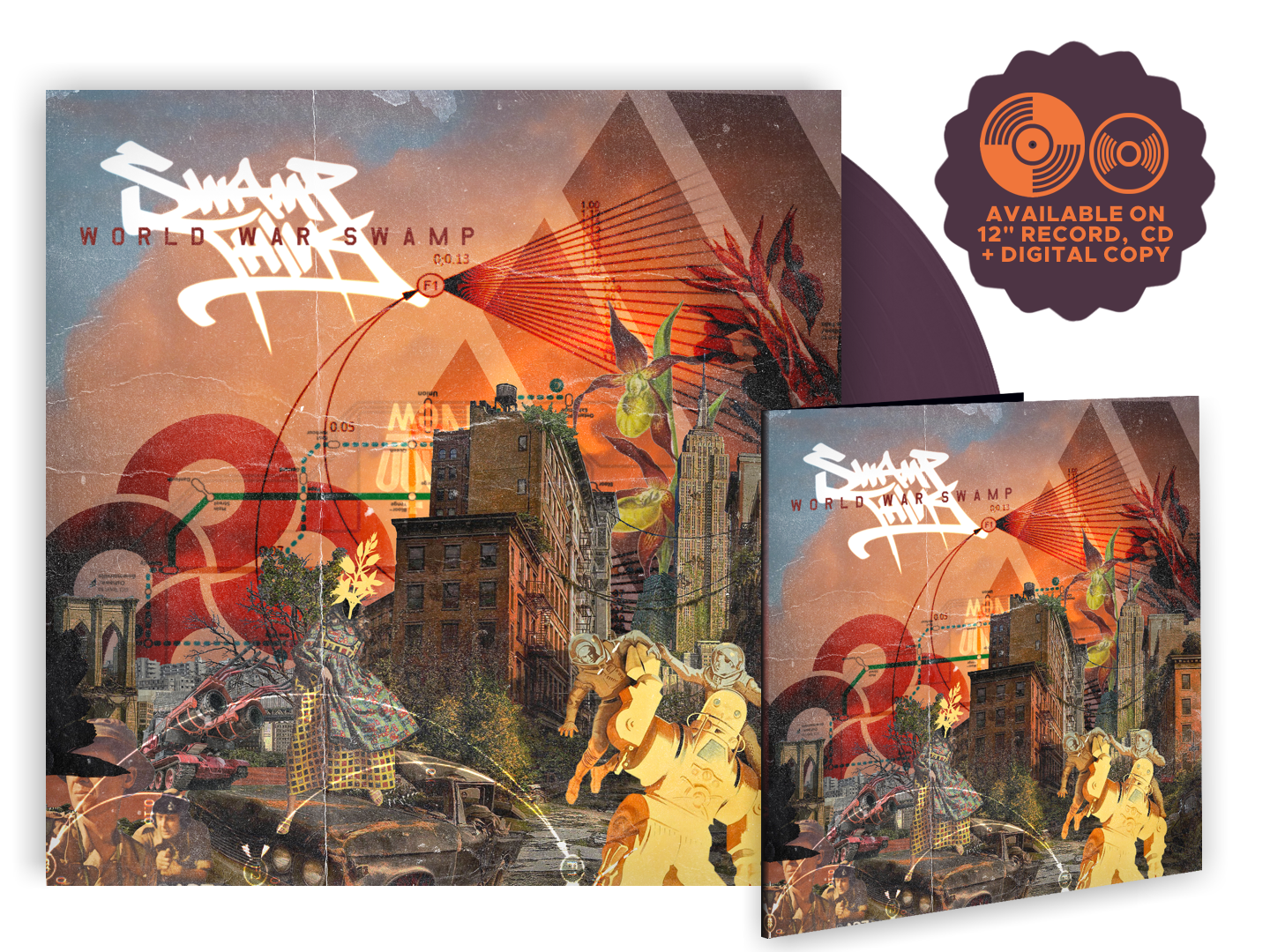