Spirit Of The Golden Era

The 90s were, in many ways, the golden era of HipHop music—a
URBNET proudly signs Japanese beat maker/producer duo BudaMunk & ill Sugi and launches their new album Spirit of the Golden Era on March 25th, 2016. The release will be available on limited edition cassette and digital download.

The 90s were, in many ways, the golden era of HipHop music—a time when its expression was still pure and raw. BudaMunk is one of the rightful heirs to that golden era, and together with the younger Nasty Ill Brother Sugi (who has also studied HipHop's lineage) the two artists form an intergenerational sound that honors the soul of HipHop’s remix legacy. Excavating beats from the dusty depths of HipHop’s past, the duo refashioned forgotten beat-styles (like the “boom bap”) to vibrate once again in a manner that is very different from contemporary offshoots of the sound. The “boom bap” was never truly gone—it just fell out of style. But it has returned and found a new home in the aesthetic spirit, vision and composition of BudaMunk and Ill.Sugi. These beats will surely put the diaphrams of your audio equipment to work!

Originally from Tokyo, BudaMunk moved to LA in 1996 at the age of 16 and soon began his career DJing and making beats. In 2004, he began performing as DJ and producer for the Keentokers with MCs Joe Styles and OYG. The Keentokers soon joined forces with Live Radio and became the Soul Jugglerz and continued performances in the LA underground scene. As a producer, he built (together with other notable local producers) an underground HipHop community. He became a champion at one of the first beat battles held at the Scratch DJ Academy in LA. He returned to Tokyo in 2006 and released several projects from labels such as Jazzy Sport and Dogear Records. He was again crowned champion at an Akai sanctioned beat battle held in Tokyo, and became a positive influence in Japanese HipHop scene. He teamed up with musician, Mabanua, to form Green Butter, and continued to take more people on his sonic journey. He created music for TV ad campaigns while still making his own music, working collaboratively with producers such as Dibia$e, Elaquent, ILL.SUGI, Fitz Ambro$e, Al B Smoov, and Youtaro. In 2014, he released the album Soul Quest with his longtime brethren Joe Styles from Delicious Vinyl. Currently he has many more unannounced projects in the works.

Ill.Sugi has been a DJ in Tokyo since 2006 and has been gaining in popularity all over Europe, especially in the last 2 years. He originally started as an emcee for “Wrap team” at Cockroacheee'z and then signed with the independent label J.M.R. He got his big break in 2011 with 'Hobo Beat Tape' which was popular on Bandcamp. He has worked with many talented artists and producers from Europe and the U.S, including Stiff Fingers LP from Jazzy Sport on their official release of. Slow Lights LP. He also collaborated with the prestigious beat label Radio Juicy in Europe and LP City Mind with Bugseed. Ill.Sugi was featured on 'of the' Emcee'Dregs One from San Francisco’s Universal Lunguege ' He also participated in the work of Budamunk & Joe Styles, which was signed by the well-known US label, 'Delicious Vinyl'. = 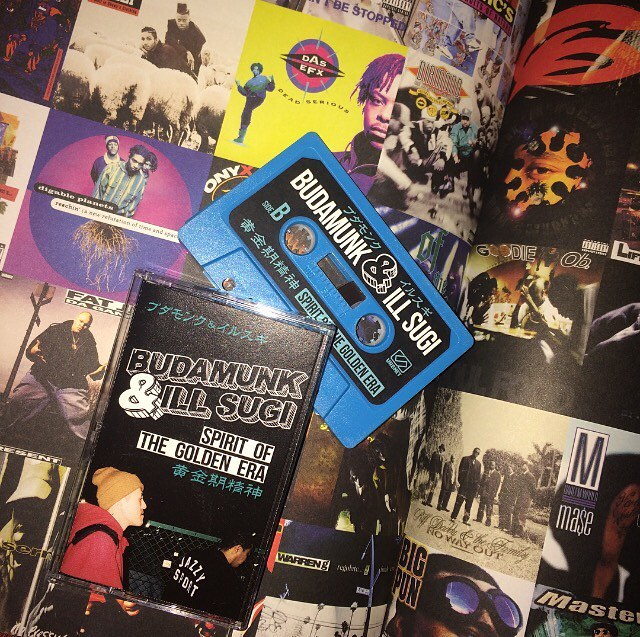