Thieving As Long As I'm Breathing

Zilla Rocca’s career is a juggling act. A rapper, producer, author, and the uncredited creator of the term “noir rap,” the South Philadelphia native has parlayed his love of dramatic black-and-white film into a rich catalog of raw boom-bap that he creates with a group
PRESS. BANDCAMP.COM
A Guide To The Wrecking Crew’s Progressive Throwback Sound

Zilla Rocca’s career is a juggling act. A rapper, producer, author, and the uncredited creator of the term “noir rap,” the South Philadelphia native has parlayed his love of dramatic black-and-white film into a rich catalog of raw boom-bap that he creates with a group of collaborators known as the Wrecking Crew. Rocca and producer Small Professor also make up the group Career Crooks, which takes its name from a 1999 Jay-Z track titled “So Ghetto.”

PRESS: SCRATCHEDVINYL.COM REVIEW 8/10
Career Crooks is the Philly duo of Zilla Rocca and Small Professor. They made their debut as a duo just a little over a year ago, when they dropped their first album, Good Luck With That. Now they’ve come back with a new collection of material, Thieving As Long As I’m Breathing.

Thieving As Long As I’m Breathing is an interesting collection of material, mostly serving as a remix album, but not entirely. The album opens with a couple of new songs, including “Escapism 2.0,” which serves as a nice thesis statment, and “Crook With a Deal.” Even though this is technically one of their new songs, it’s also a reworking of 50 Cent’s “How To Rob,” translated into the world of indie hip hop, as Rocca jokes about going after all of his contemporaries, making clever rhymes about everyone from Ninja Tune to Scallops Hotel, with a hook that declares that “I’m a crook with a deal - nobody buys records, so we rob and steal!” From there, we get a mix of five in-house remixes from Rocca and Small Pro, and outside collaborators like Fresh Kils, John Morrison, DJ Manipulator, Shane Great, Rolled Gold Beats, and Wino Willy. While there are plenty of remix albums that really feel like retreads of the original album, Thieving gives a lot of fresh takes on the material that builds upon the foundation and in a lot of cases really improves what they were doing. For example, take a look at the John Morrison Love Boat Remix of “Angel Dust.” On Good Luck With That, my reaction to the song was that it came across a little bit insensitive, making light of the fact that emcees used to smoke Angel Dust back in the ‘90s. In listening to the remix, I have to wonder if it was just a matter of the lighter and more playful tone of production on the original track that didn’t make it seem like they weren’t taking things seriously. I say that because Morrison does a great job of making the production darker and more somber, along with a sample of a news report on the use of angel dust that balances out the handful of jokes spread throughout the song, and makes you think more about the concept of “freeing your mind” through chemical means, and what that tradeoff entails in terms of your physical and mental health. There are plenty of other examples of this across the album where it feels like they were able to shed new light on the material, which is why my biggest disappointment is that they didn’t revisit my favorite song from Good Luck With That, “Mike Milligan,” song dedicated to the complicated character from Season 2 of Fargo.

There are plenty of remix albums out there that just feel like obvious space filler in between albums. Thieving As Long As I’m Breathing is anything but a space filler, with a couple of solid new songs and remixes that place the lyrical content in new light and help you re-examine potential interpretations of the rhymes that Rocca is throwing down. It’s a fun and interesting collection that complements their first album really well.
~~ Chi Chi | scratchedvinyl.com/?q=node/3781

BIOGRAPHY: Since receiving critical acclaim for their debut LP Good Luck With That, an album which was praised for the duo’s classic east coast touch, and secured a spot on Bandcamp’s 10 Best New Hip Hop Releases of 2017, Career Crooks (producer Small Professor and rapper Zilla Rocca) are back to prove that no idea is original. The two have kept busy throughout 2017, not only performing alongside Busdriver, Billy Woods, Quelle Chris, Elucid, and B Dolan, and releasing their LP, but also gearing up for their new air tight collection of remixes, titled Thieving As Long As I'm Breathing.

The new single "Crook With a Deal", is a reworking of the 50 Cent and Mad Rapper classic "How to Rob", targeting indie rappers like Open Mike Eagle and Run The Jewels. The album also features five in-house remixes from Small Pro and Zilla Rocca, draped in styles inspired by the likes of DITC and the Beastie Boys. Canadian MPC champ FreshKils also makes an appearance and flips the fan favorite "Steve Martin" into a soundtrack for a car chase outside a Chemical Brothers show. Other remix features include DJ Manipulator, Willy, Shane Great, Rolled Gold Beats, and John Morrison

The twelve track LP moves as fast as a cat with its tail on fire and maintains its own vibe while paying homage to that which has come before it. The group’s primary sound encompasses “…raw ‘90s flows while still maintaining a modern edge" (Philip Mylnar, Bandcamp.com). 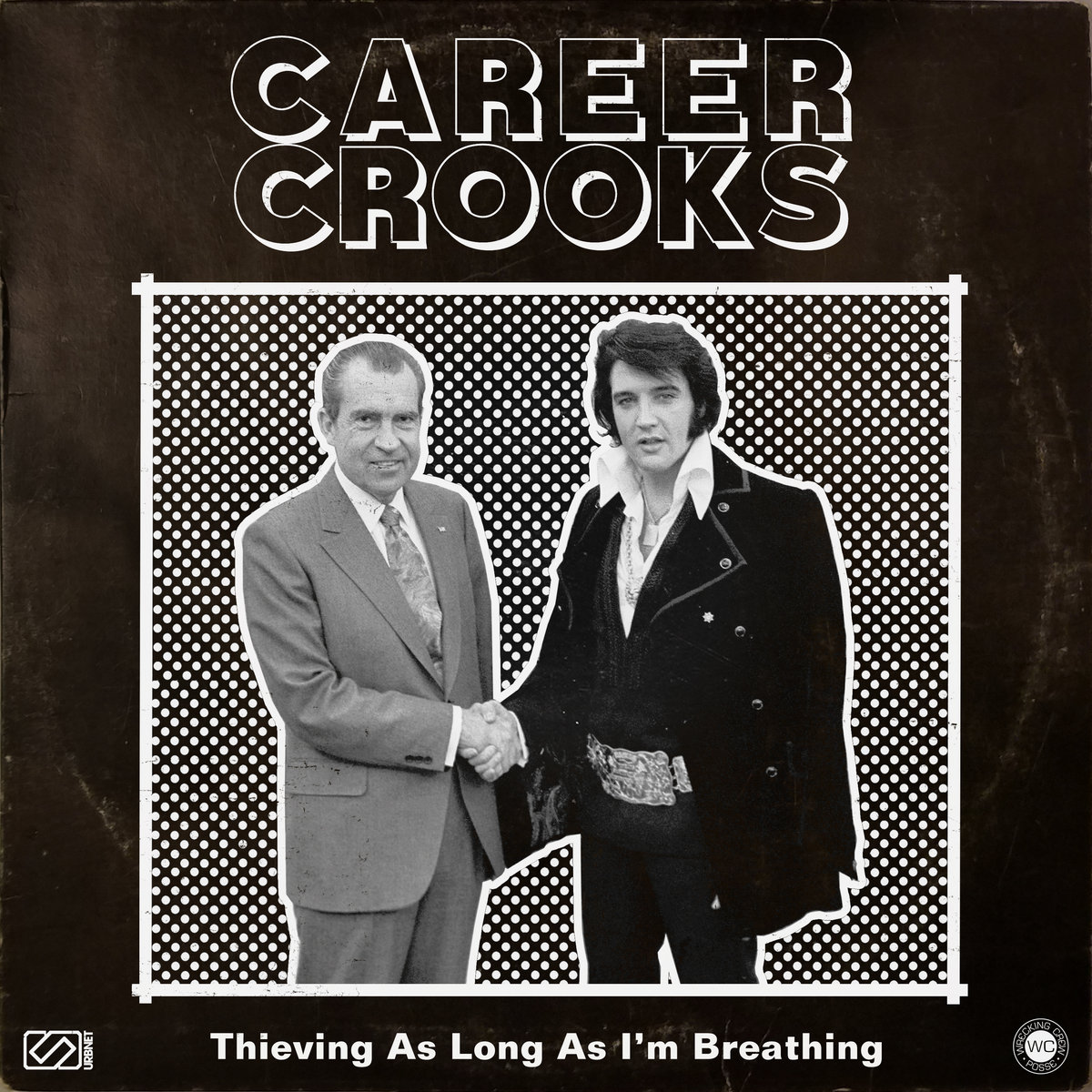 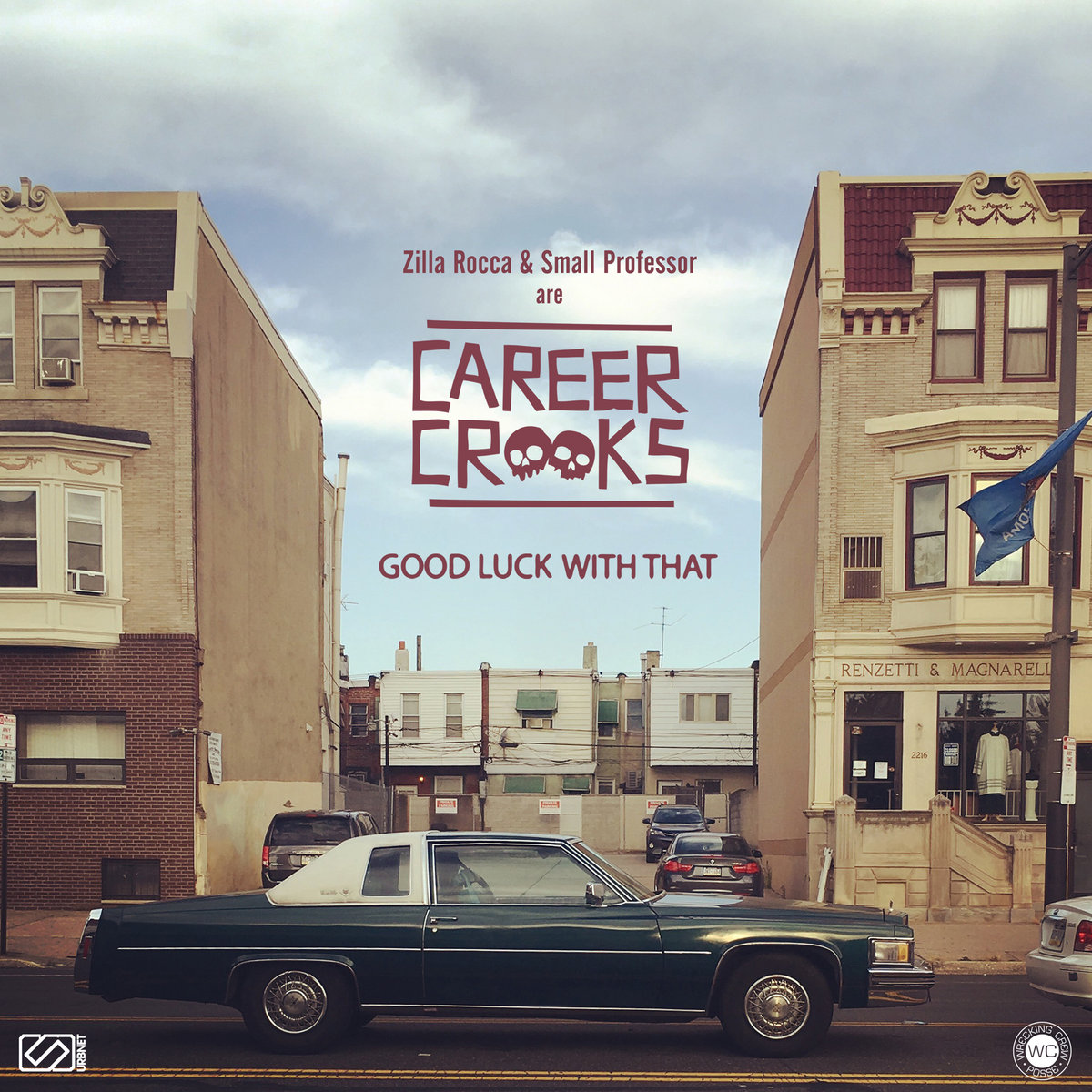